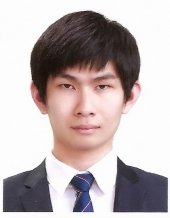 During my graduate program at South Korea (2012-2017), I have been researching and exploring the plant growth promoting bacteria and its interaction to plant, especially the beneficial one; to develop microbial inoculant which can be used either as plant strengthener, biofertilizer, phytostimulator or biocontrol agents. I did the microbial isolation work from many kind of sources, and then study how the plant microbe interaction in genomic, transcriptomic and recently, metabolomics level. In South Korea, I work with several research group to promote plant growth, particularly ginseng and rice plants. I tested several novel plant growth promoting bacteria and studied its interaction with some plants (Arabidopsis, Rice, Ginseng). I also involved on breeding team to develop the hybrid ginseng, hydroponic culture and in vitro  culture of Ginseng. Nowadays, in Indonesia, I have been initiating hairy root culture method and plant growth promotion of original medicinal p